Five Reasons Phosphorene May be a New Wonder Material

A material that you may never have heard of could be paving the way for a new electronic revolution.

Researchers from universities in China and Canada working at the National MagLab are exploring the exciting properties of phosphorene with two recent discoveries at the center of new publications — a Nature Nanotechnology article in May and a Nature Communications article out this month.

But what is phosphorene and why are scientists so interested in it all of a sudden? 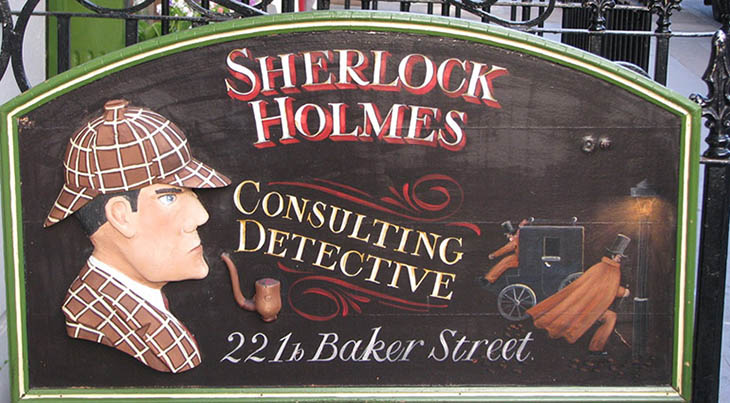 You may be thinking that this new wonder material sounds a lot like the basic element you remember from the periodic table — phosphorus. And you'd be correct. However, phosphorene is part of a materials revolution that all started in 2004 when scientists realized that you could "exfoliate," or peel off, layers of certain materials (like carbon) to create altogether new behavior in materials that are just a few — or even one single — layer thick (like graphene).

Nearly 10 years (and one Nobel Prize) later, scientists are leaping back to the periodic table to find new peel-able materials that might exhibit interesting behaviors and offer new paths to technologies of the future.

When exfoliated into a single atomic layer, black phosphorus becomes phosphorene, and with the name change and new, slimmer figure comes a number of remarkable properties that actually make this now two-dimensional material a good candidate for next-generation electronics. 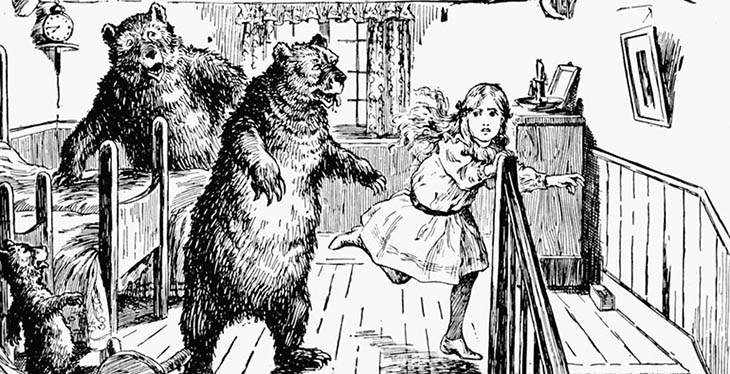 Semiconductors are used to make all of the electronic gadgets in your day-to-day life, including microprocessors and transistors. While most modern devices are silicon-based, the exploration of single-layer, so-called "-ene" materials may offer new alternatives.

Black phosphorus, phosphorene’s base material, is a natural semiconductor while graphene, on the other hand, acts more like a metal. Semiconductors conduct electrical current under certain conditions, but not others. To do this, semiconductors need a band gap, which essentially allows the conducting properties of the material to be switched on and off.

See, band gaps are kind of fussy, like Goldilocks: If conditions aren't "just right," they won't work. Some materials (like glass) have too much of a band gap and can never be switched on (too cold), while others (like graphene) have no band gap at all and can't turn off (too hot). A few materials, like the widely used silicon and now phosphorene, hit that perfect "just right" spot.

"Scientists are exploring how to generate a band gap in graphene to make it work like a semiconductor," explains Tim Murphy, director of the DC Field Facility at the MagLab, where scientists work to understand materials. Scientists have been exploring both graphene and phosphorene at this facility to explore the behavior of the materials in high magnetic fields.

"The trick with graphene," Murphy added, "is to create a band gap while also managing to keep all of the other exciting properties in the material that scientists like."

In experiments conducted at the MagLab, scientists note that black phosphorus has a band gap of 0.3 electron volts (eV). They expect it to increase to 2eV as the crystal is thinned into phosphorene, bringing it closer to silicon's band gap of 1.1 eV.

3. It feels the need for speed 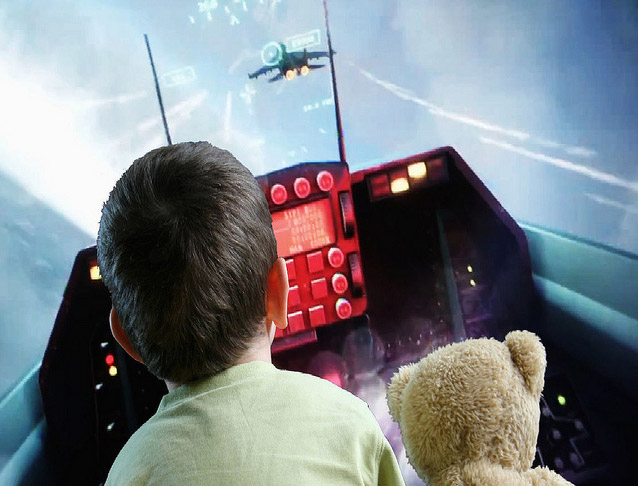 Like Maverick and Goose from the movie "Top Gun," phosphorene feels the need for speed. As a material, phosphorene has high electron mobility, meaning that electrons move rapidly through it. It also means that ones and zeros move faster through an integrated circuit. Why is this important? Because nobody likes slow computers…

But what good is speed if it can't be channeled?

"Transistors work more efficiently when electrons move in only two dimensions," says Thomas Szkopek, an associate professor in McGill’s Department of Electrical and Computer Engineering, a user at the MagLab, and lead author of the Nature Communications article.

Szkopek's research group and another group from China found that (unlike Maverick and Goose, who zoomed around three-dimensional space) the electrons in black phosphorus aren’t just moving quickly, they are moving in a two-dimensional space, kind of like a hockey puck.

"When electrons are channeled into a flat plane like this, coupled with the high mobility, it helps them move faster through the material," explains Murphy.

4. It works even when it's put on a little weight 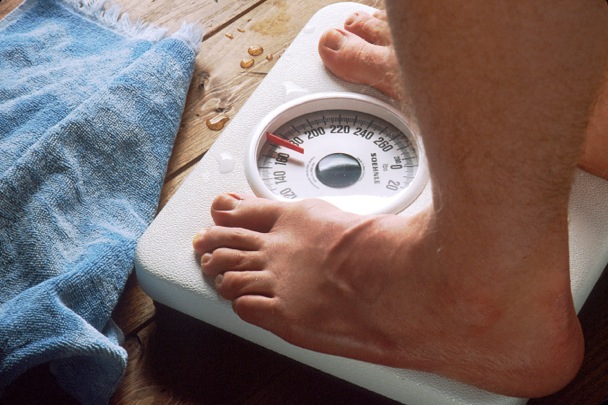 Unlike graphene, which has to be exfoliated down to just a few layers or less to show interesting two-dimensional electrical properties, black phosphorus doesn't have to be in its skinny jeans to perform.

In the newest research, scientists from McGill University and Université de Montréal examined electrons moving in a black phosphorus transistor in high magnetic fields. They noticed that the electrons will continue to move in two dimensions even in multilayer samples of black phosphorus up to 47 nanometers thick (Just to be clear, 47 nanometers is still very small. As a comparison, a human hair measures about 80,000 nanometers).

This discovery could ultimately lead to more energy-efficient transistors. But it also means that operational black phosphorus could be created both more easily and cheaply, which might just be the most important point yet.

5. It sees the light 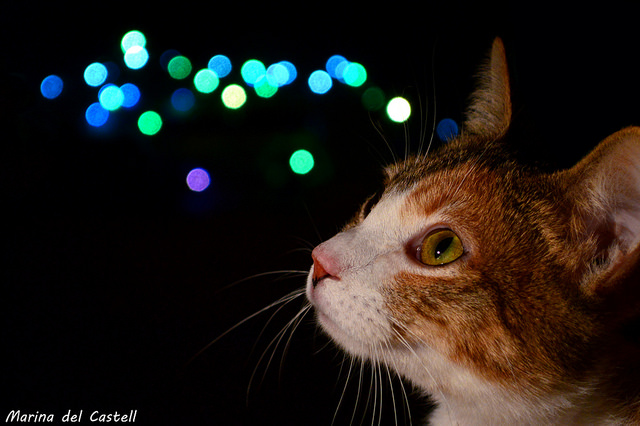 Research from the University of Minnesota showed that black phosphorus can detect light even more successfully than germanium, which is currently considered the best material for on-chip photodetection.

Work in the MagLab's 31 tesla magnet also demonstrated that black phosphorus could interact strongly with an applied source of light covering a spectrum that spans the far-infrared to the red, making the material potentially important for optoelectronic applications in communication and solar energy harvesting.

So with all of these cool properties, you might be wondering how long until phosphorene is part of your next microprocessor.

While phosphorene is proving to be a unique and exciting material, it also has its challenges. One big issue is the ability to produce it in large quantities. First, black phosphorus has to be made by applying heat under very high pressure to white phosphorus. Then, as we discussed earlier, you have to exfoliate down to the one-atom thick phosphorene. But scientists are trying to tackle this problem, too. Researchers from Trinity College Dublin are exploring a new method to create black phosphorus involving a liquid solvent and acoustic sound waves.

So if this isn't the wonder material, is there another new wondrous material with its own unique and exciting properties right around the corner?

Ryan Baumbach, a materials scientist at the MagLab, speculates that researchers will continue exploring elements in this same region of the periodic table to find the next single layer "-ene" material. Stanene, which is the single layer of tin, is already starting to surface in research papers.

But Murphy reminds us what's really important here: "Scientists are going back to the periodic table with fresh eyes and looking for new ideas."

And let's face it, that's what makes science the wonder in and of itself.

Seeing the Future Through Crystals

Team Tesla: How We Keep the World’s Most Powerful Magnets in Shape