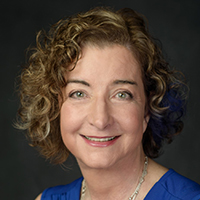 My research is in experimental condensed matter physics investigating strongly correlated electron systems. Much of my research focuses on fundamental studies to determine the mechanisms of unconventional superconductivity by planar tunneling and point contact electron spectroscopies, and on developing methods for predictive design of new families of superconducting materials. In our quest for these long-term goals, we perform spectroscopic studies of the electronic structure of heavy fermions, topological insulators and superconductors, and other novel materials that show strong electronic correlations. We also incorporate studies of superconducting proximity effects on novel normal-state and superconducting materials.

2009-2015, Principal Investigator for the Illinois Branch of the CES

2009-2015, Center for Advanced Study Professor of Physics, University of Illinois at Urbana-Champaign.

2000-2015, Swanlund Professor of Physics, University of Illinois at Urbana-Champaign.

1992-2015, Professor of Physics, University of Illinois at Urbana-Champaign, Urbana, IL.

1973-1974, Teaching Assistant, The Ohio State University (as an undergraduate).

Appointed to President's Council of Advisors on Science and Technology (2021)