TALLAHASSEE, Fla. — Engineers and technicians from the National High Magnetic Field Laboratory were recognized with a 2022 R&D 100 Award for the design and construction of the 32 tesla (T) Superconducting Magnet. The R&D 100 recognizes revolutionary ideas in science and technology, and the 32T magnet is the world’s most powerful all-superconducting magnet.

"This award is a major accomplishment and positions this innovation in magnet technology at the highest echelon of achievement," said FSU President Richard McCullough. "We are incredibly proud of the scientists and engineers at the MagLab for their hard work and ingenuity in designing and building this extraordinary piece of technology that will really move us forward in our understanding of complex materials and quantum science."

Often referred to as "The Oscars of Innovation," the R&D 100 Awards is the only science and technology awards competition that recognizes new commercial products, technologies and materials for their technological significance that are available for sale or license. Presented by R&D World magazine, the R&D 100 Awards program identifies and celebrates the top 100 revolutionary technologies of the past year.

The 32T all-superconducting magnet is the first of its kind and was funded by the National Science Foundation’s Division of Materials Research and the State of Florida. The magnet is composed of an outer set of traditional commercial low-temperature superconducting coils and a novel set of inner coils made from a high-temperature superconductor consisting of a combination of yttrium, barium, copper and oxygen. MagLab scientists, engineers, technicians and other staff worked to develop entirely new techniques for insulating, reinforcing and de-energizing the novel inner coils. These techniques were essential because of the unique and complex electromagnetic and mechanical aspects of this new material.

"The 32T superconducting magnet was built after many years of materials development, and NSF is proud to see the fruits of one its high-risk high-reward investments in research infrastructure being recognized as one the major R&D projects in the country," said Sean Jones, who leads the NSF Mathematical and Physical Sciences Directorate, which funds and oversees the MagLab. “The achievement shows U.S. leadership in high-field magnet science and technology and represents a major milestone for democratizing access to high-magnetic fields essential for U.S. advances in quantum information science and engineering, the environment, and health research.”

After eight years of hard work, the 32T magnet reached full field in 2017, yielding a 36% increase in a single year and overtaking a record field that held for 50 years. The magnet was moved, modified, tested and commissioned before being opened in 2021, allowing researchers from around the world to conduct experiments to understand the physics of complex quantum materials.

"This magnet represents the hard work of many people at the lab and is a major accomplishment in magnet technology that provided a huge leap forward in the superconducting magnetic field available to researchers," said MagLab Director Greg Boebinger. "Its performance marks the launch of a revolution in superconducting research magnets for high-field, low-temperature physics and chemistry and is an indicator of still higher fields to come with continued improvements in high-temperature superconducting materials and magnet technologies."

Building off the lab’s demonstrated success of the 32T magnet, the NSF in October 2021 announced a new $15.8 million grant for a detailed design of a 40T all-superconducting magnet. Dozens of researchers within the lab’s Magnet Science and Technology department and Applied Superconductivity Center are now bringing their unique expertise in materials research, magnet design and technology development to this new project.

The 2022 R&D award winners were selected by 50 industry professionals from across the world; winners will be honored in November at a black-tie gala in San Diego. 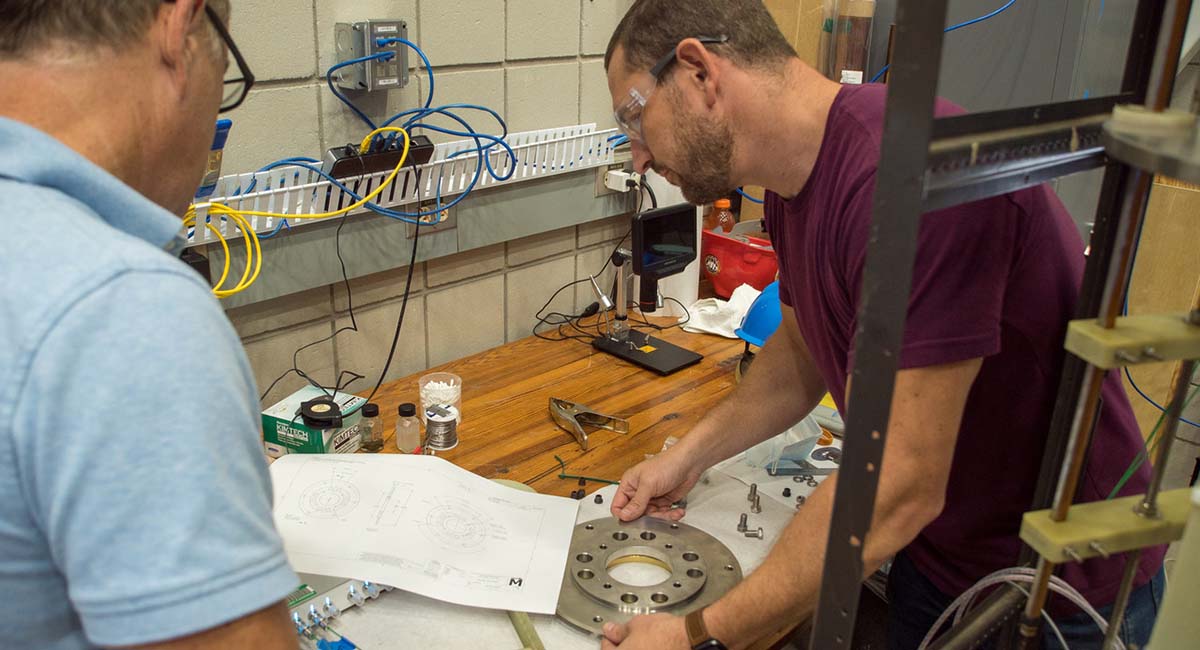