MagLab engineer Lee Marks prepares the 7.2 ton “cold-mass” of the series connected hybrid magnet for its journey from Tallahassee to Berlin.

In 2014, MagLab completed the world's strongest magnet for neutron scattering for the Helmholtz Centre Berlin(HZB).

What was the magnet project?

Begun in 2007, the magnet project sought to build a 25 tesla magnet to be housed at the HZB - Berlin Neutron Scattering Center. At 25 tesla, it is the strongest magnet of its kind in the world, constituting a 47% increase in field coupled with a 100% increase in solid-angle over magnets available for neutron scattering.

Why is this magnet project important?

The magnet system became part of the Extreme Environment Diffractometer to study the structure and dynamics of materials, primarily high temperature superconductors.

This magnet's bore, or experimental space, is conical to allow neutrons to be scattered through large angles. A patent (US 7,825,760) was awarded for the design of this unique magnet. The bore is also horizontal, as opposed to the traditional vertical bore of most high-field magnets. These modifications make the magnet ideal for neutron scattering experiments, which are among the best methods for probing atoms to better understand the structure of materials.

Neutrons are remarkable probes of phenomena within solids. This combination of neutrons and high magnetic fields has enabled scientists to carry out experiments that weren't possible, including studies on the normal state of high-temperature superconductors in the low-temperature limit. In addition, it will be possible to probe hydrogen structure in both biological and hydrogen-storage materials.

The hybrid magnet consists of a 13-T superconducting Nb3Sn/CICC coil and a set of 12-T resistive, water cooled coils at 4.4 MW. Much of the cryostat and cold mass functional requirements were dictated by the electromagnetic interactions between the superconducting and resistive coils. This includes the radial decentering and axial aligning forces from normal operations and a 1.1 MN fault load. The system assembly was an international achievement; the cold mass was completed at the MagLab, cryostat to cold mass interfaces made at Criotec Impianti in Italy, and final assembly at the HZB in Germany.

The field contributed by the resistive coils has the potential to be increased to 24 T with an upgrade in the power supply and chilled water systems. The resistive coils are the first to have a conically conforming inner diameter to take advantage of the available space in the conical bore, which is shaped as such to allow for reflection of neutrons upstream and downstream of the beamline toward detectors. The superconducting coil is a 13-T, 600-mm bore coil consisting of Nb3Sn/CICC and weighs 5 ton (6.5 ton full cold mass).

The project is funded primarily through the German Federal Ministry for Education and Research. In addition to the $11.6-million magnet, the Germans are putting $14.4 million into infrastructure, such as cooling and current supplies, needed to run a high-field magnet. The agreement was administered by Florida State University Magnet Research and Development, Inc.

What's next for this magnet project? 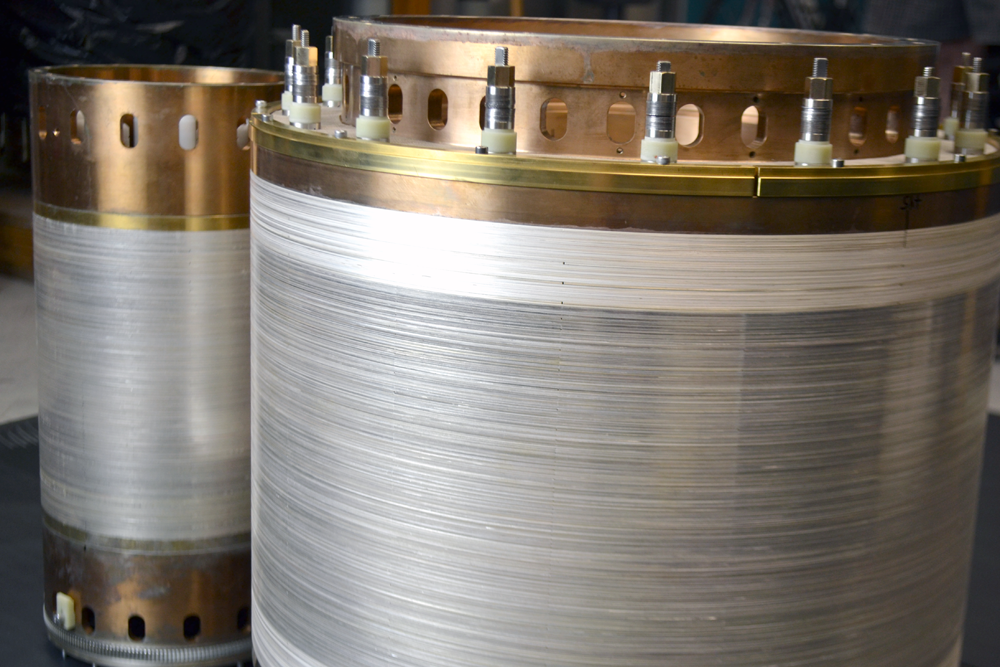 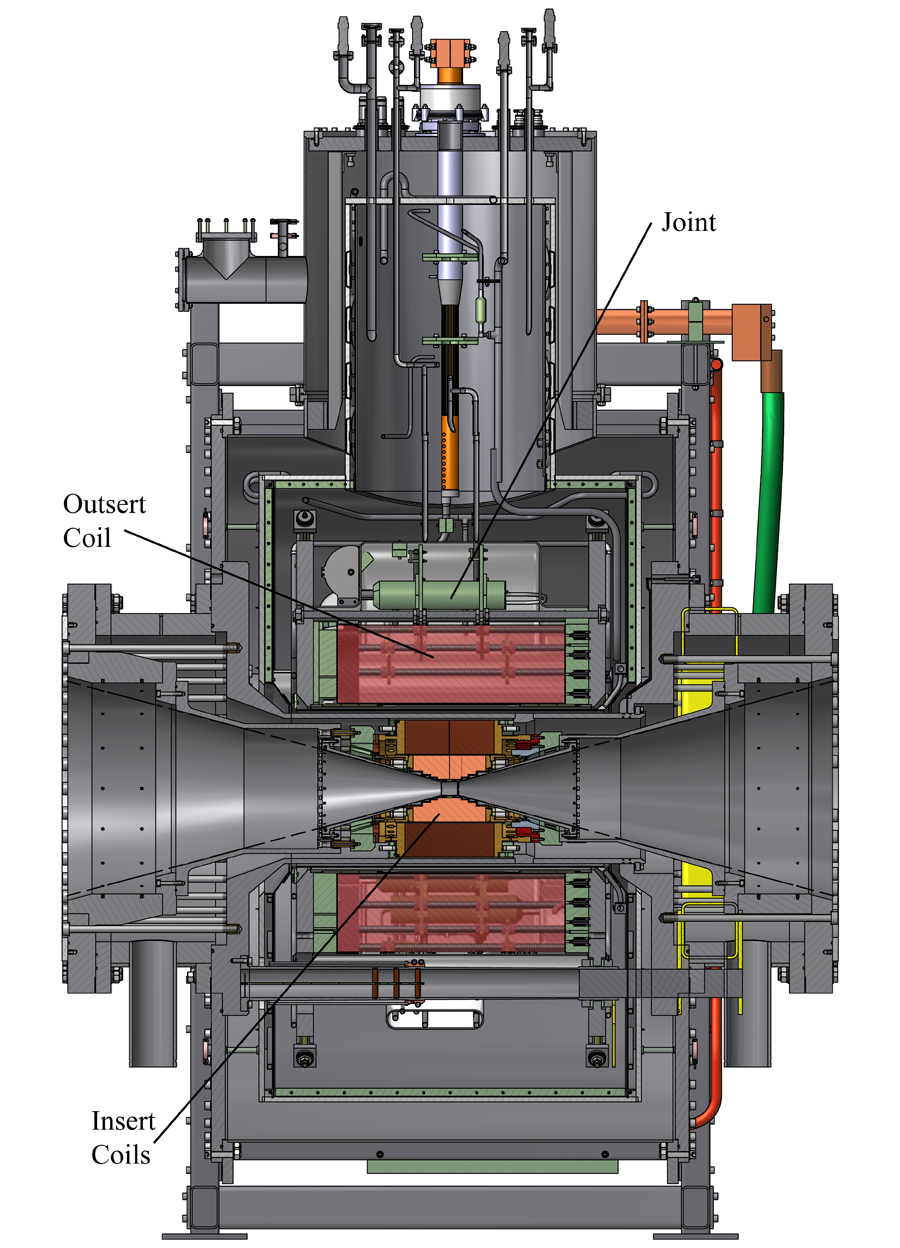 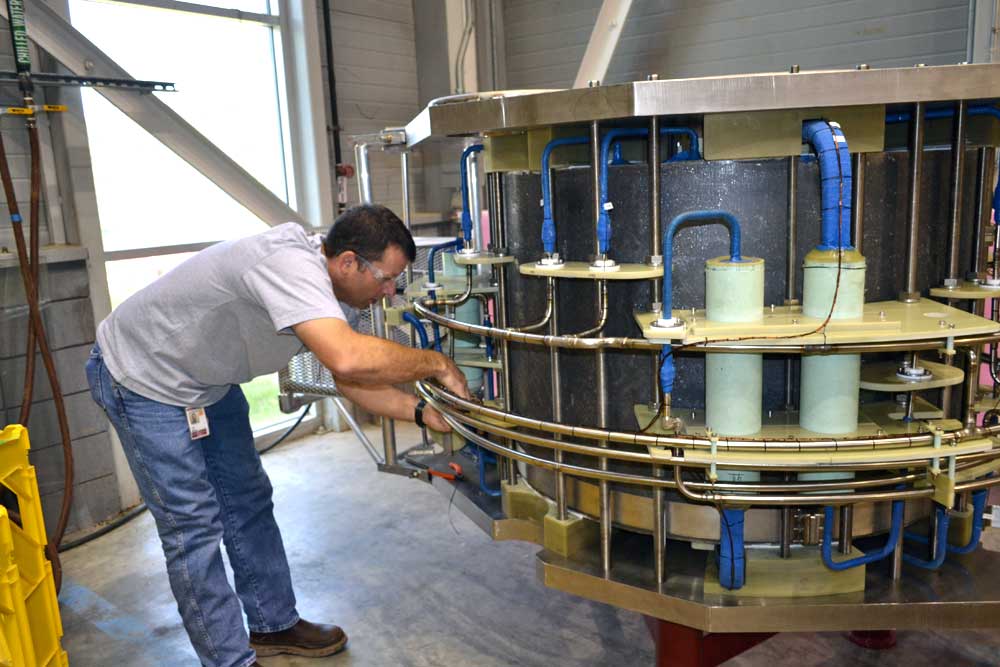