Fire lighted the night for many centuries before humans discovered new ways to illuminate their lives.

Near the end of the eighteenth century, Scottish inventor William Murdoch invented gas lighting, which replaced candles, oil lamps and lanterns for certain purposes, such as street lighting. Shortly after Murdoch’s important advance, British chemist Sir Humphry Davy discovered something that would lead to yet another type of lighting — the arc lamp. While working with a large battery, Davy noticed that light leaped across a small gap in the circuit he had built, forming a bright arc. He and other scientists soon began demonstrating this phenomenon for audiences, but arc lighting remained chiefly a curiosity for several decades.

Over the years innovators attempting to develop practical arc lamps encountered numerous problems, such as designing a means of automatically controlling the arc formed between the two electrodes and working with the bulky, expensive batteries of the time. As the mid-century mark approached, engineers developed an adequate control mechanism and arc lamps began appearing in large theaters and lighthouses, where their brilliance was sorely needed and their cost could be offset by profits or government subsidies. Scientists benefited as well, as arc lamps were used with microscopes.

A couple more decades passed by, however, before average citizens began benefiting from arc lamps. When the dynamo became a practical power source in the 1870s (laboratory versions appeared as early as the 1830s), it became much easier and cheaper to generate electricity than ever before. Factory owners found arc lamps a cost-effective means of lighting their grounds. The lamps, which gave off a large amount of heat, also started showing up in railway stations and along streets.

In 1876, Russian-born telegraph engineer Paul Jablochkoff, who was living in France at the time, invented one of the most popular arc lamps of the period. Known as the Yablochkov candle, it was affordable and easy to operate. The arrangement of the lamp’s carbon electrodes made unnecessary special controls, which increased the cost and complexity of other kinds of arc lights. However, this same arrangement caused difficulties when a Jablochkoff candle was turned off. Improved designs eventually superseded Jablochkoff’s device, but not before the French Société Générale d’Electricité sold large numbers of them. They were used widely in France and Britain, from docks and marketplaces to the Mansion House in London.

Meanwhile, across the Atlantic, Americans adopted an arc lamp designed by Charles Brush. Raised on a farm in Ohio, Brush developed an interest in science, particularly arc lighting, at an early age. Family members remarked that in his youth he was more interested in arc light experiments than the fate of the family farm. Brush built his first arc lamp as a high school student in Cleveland. Later, lamps of his design lit up the city’s streets. Brush’s arc lights incorporated electromagnets and a mechanical “ring clutch” that improved regulation of the carbon electrodes and the arc of light produced between them. Brush also invented double carbon lamps that gave off light longer than ordinary models and a method of powering several lamps linked to a single dynamo.

The rise of incandescent electric lamps and other new lighting methods in the late 1800s and early 1900s gradually decreased the popularity of arc lamps. Yet, due to their intensity, they are still used to this day for special applications. Improved models of mercury and xenon arc lamps, for example, are often useful in widefield fluorescence microscopy. 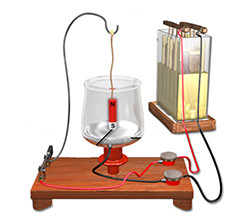 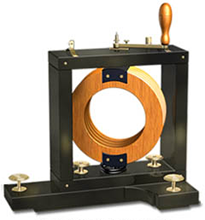 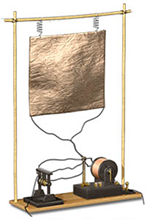