The alphabet soup favored by many scientists can make difficult concepts downright incomprehensible. 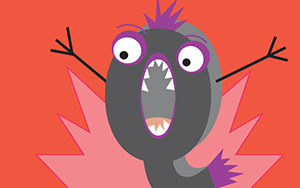 They lurk in every corner of science — splattered across websites, sandwiched by parentheses within peer-reviewed publications and supersized on signage. They're a barrage of random letters symbolizing complex scientific processes, programs or phenomena: ACRONYMS.

Acronyms (and their less cohesive cousin, initialisms) are one of scientists’ favorite communication tools. But their use — or overuse — can torpedo the chances of readers actually comprehending what is written.

Acronyms are a way to feel included and special … It's like a private club.

"When we are unfamiliar with acronyms and abbreviations, we feel less intelligent, less connected to the topic and organization that is using them, less worthy of inclusion and attention and like we have less control over our situation," Williams explains.

But scientists see them as critical time-savers.

"Scientific terminology is complicated to say and write over and over again," Lance Cooley, a researcher at the National MagLab, says.

Cooley is the director of the MagLab's Applied Superconductivity Center, usually referred to as simply "ASC," and in that department, acronyms like HTS (high-temperature superconductivity), EXAFS (Extended X-ray Absorption Fine Structure) and FCC (no, not the Federal Communications Commission, but rather the Future Circular Collider) abound.

Williams explains why people use abbreviations and admits that their use can be a double-edged sword.

"For full members, acronyms are a way to feel included and special, like they have their own special language," Williams admits. "It's like a private club." 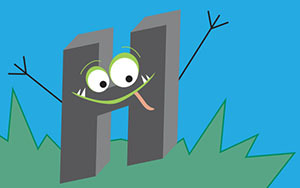 With applications across so many scientific disciplines, high-magnetic field researchers have developed their own fair share of these shortcuts.

From the aquatic-sounding SQUID (Superconducting Quantum Interference Device) and EELS (Electron Energy Loss Spectroscopy) to the DRAMA (Dipolar Recovery at the Magic Angle) of ALCHEMI (Atom Location by Channeling Enhanced Microanalysis), these acronyms can leave your head spinning.

Some organizations are tripped up by their own names!

"Even our employees often mix up the order of the letters for the High Field Magnet Laboratory (HFML) in the Netherlands and the National High Magnetic Field Laboratory (NHMFL)," shares Eric Palm, deputy director of the latter.

So with acronyms skulking on every page, what's a science reader to do?

Williams suggests simply asking people to define their abbreviations and acronyms upon first usage or avoid using them altogether.

"But asking can indicate to others that you are not knowledgeable about something and are outside of the in-group," he warns.

While some acronyms are on your radar (did you know that’s an acronym for Radio Detection and Ranging?), others aren’t. Test your acronym IQ with the game below. Choosing from the list of terms, make your best guess at completing the acronyms. If you identify them all, you’ll uncover the secret message at the bottom of the page!