Using the world's most accurate molecular scale, a former astronaut wanna-be is studying Titan's hazy atmosphere, which resembles the ancient chemistry that once surrounded our own planet.

Scientists are very interested in Titan, the largest of Saturn's moons and the second-largest satellite in our solar system, But it's not just the moon's size, which is 50% larger the our Earth's lone satellite, that most intrigues them. Rather, it's Titan's outer atmosphere. Scientists believe it has the potential to one day yield life, if paired with the water that is theorized to lie below Titan's frozen surface. NASA's Cassini mission collected vast amounts of data on Titan, but many of the moon's mysteries remain unsolved. Chemist Julien Maillard is attacking one of them: What exactly is Titan's outer atmosphere made of? 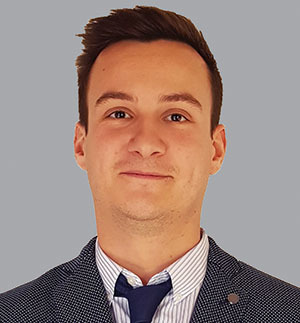 Because it's not possible to collect actual samples of that atmosphere, a research team at the Université de Versailles Saint-Quentin-en-Yvelines in Paris, France, cooks up a facsimile in their lab. Maillard, a Ph.D. student working in planetology and mass spectrometry, studies the results in high magnetic fields, looking at the vast array of different kinds of molecules, called tholins, that can be raw materials for life.

As much as he's learning from his imitation atmosphere, Maillard hopes one day to be able to compare his results to the real thing. "Maybe we will be right, maybe we will be wrong," he said.

To find out more, shimmy into your space suit and board our "Slow Train to Science" below. Customize your journey by clicking on the links for more details as needed. Enjoy your trip!