For thousands of years, electricity was an ephemeral phenomenon – there one second and gone the next. The voltaic pile changed that forever.

Flashes of lightning and static electricity produced naturally or by special electrostatic generators did not last long. In order for scientists to carry out detailed studies of electricity, they needed a reliable and long-lasting source. The invention of the Leyden jar in the mid 1700s was an important step toward this goal. With it, scientists could save electricity until they wanted to use it for an experiment or demonstration. But once they did, the jar needed to be recharged before it could be used again.

The voltaic pile, invented by Alessandro Volta in 1800, was the first device to provide a steady supply of electricity. Volta’s ongoing disagreement with Luigi Galvani served as the impetus for its construction. Galvani, a physician who gave demonstrations at the University of Bologna, observed that the muscles of dissected frogs would seem to jump back to life under certain conditions. He saw this happen, for instance, when he touched his scalpel to a specimen’s nerve in a room where an electrostatic machine was on, or when he attached a frog to an iron rail by linking it with a copper hook pushed through its spinal cord. Galvani believed such occurrences suggested the existence of “animal electricity,” a phenomenon related to “artificial electricity” (produced by an electrostatic machine or simple friction) and “natural electricity” (associated with lightning, electric eels, etc.).

After Galvani published his findings in the early 1790s, Volta, who taught at the University of Padua, began trying to recreate his experiments. Initially, Volta agreed with Galvani’s conclusions, but soon he began to develop his own theories. Volta realized that most of the unusual electrical behavior observed by Galvani involved two different types of metals, such as the iron of a scalpel and the brass of a hook. This led him to suggest that the animal tissue was not necessary; any moist material between different metals would produce electricity. Instead of “animal electricity,” Volta believed in “metallic electricity.” His disagreement with Galvani was a hot topic at the time, and each scientist had a camp of followers. Volta devised many tests to prove his ideas. His two-metal theory of electricity eventually resulted in the production of the voltaic pile.

The two metals Volta used to build the pile were zinc and copper, although he experimented with many other metals as well. He alternated discs of the opposing metals with pasteboard or cloth dampened with brine (a solution of water and salt) or vinegar. An electrochemical reaction in each three-disc unit of the pile formed an electric cell and generated a current. Therefore, by changing the number of units, Volta could increase or decrease the amount of electricity produced. By attaching a wire to the end of the pile, electricity could be supplied steadily. Galvani’s focus on “animal” electricity seemed to influence Volta’s name for his new device: “electric organ.”

In addition to the pile, Volta built a similar but less practical device. Its cells were formed from brine-filled wine goblets into which two electrodes of dissimilar metal were placed. The goblets were then linked by their electrodes in a series, producing an electric current. Replacing the goblet design (known as the “crown of cups”) with the disc-based design of the pile made Volta’s primitive battery a simpler, more compact tool for scientists.

The voltaic pile soon became a favorite at public and private demonstrations, which were a form of popular entertainment during the period. In 1801, Volta demonstrated the pile for Napoleon and his court. Volta so impressed the French leader that he made him a count. Voltaic piles quickly began showing up in laboratories and facilitated many scientific discoveries in the early 19th century. In a matter of months after Volta’s device became public, William Nicholson and Anthony Carlisle used it to divide water into its basic components – hydrogen and oxygen. Their achievement ushered in an entirely new branch of science called electrochemistry.

Though it was revolutionary, the voltaic pile did have a number of shortcomings. The number of cells that could be stacked in each pile (and thus the voltage it produced) was limited because the weight of the upper cells could become so heavy that it would squeeze the brine out of the pasteboard or cloth in the lower cells. Also, the metal disks in the pile tended to corrode over time and the life of the device was short. Over the years, scientists made many improvements to the pile as it gradually evolved into the modern battery. Today, whenever you start your car, listen to tunes on a portable device, or do anything else that requires batteries, you owe a bit of gratitude to the Italian scientist and inventor Alessandro Volta. 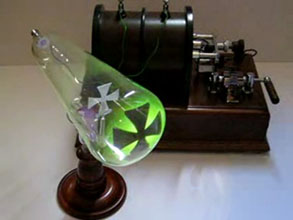 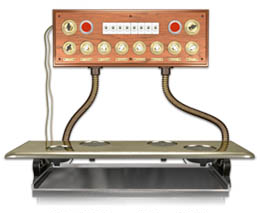